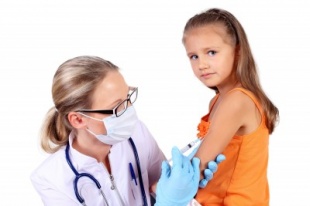 ﻿ Influenza, namely a viral inflammation of the upper respiratory tract, attacks a lot of people every year, especially in the season of reduced body immunity. Influenza is caused by viruses from the Orthomyxoviridae family. Type A virus is especially dangerous to man, due to the heavy course of the disease, troublesome symptoms and the risk of complications which endanger not only the health but also the life of the infected person.

Therefore, in order to protect yourself against becoming sick with influenza, it is worth getting vaccinated against influenza in the autumn.

How often should you get vaccinated?

Due to frequent mutations of the influenza virus, the vaccinations should be repeated every year, in autumn, in October at the latest.

Is the vaccine against influenza effective?

What are the contraindications to get vaccinated against influenza?

The basic restriction to getting influenza vaccination is the allergy to egg white or other components of the vaccine, an existing infection and undesirable side effects after vaccination in previous years.

Are there any undesirable side effects after vaccination?

Hypersensitivity (pain, redness where the injection was given) and harmless, quickly receding symptoms similar to those of influenza can appear after the vaccine is given.

The common cold in infantsEffective treatment for bronchitisEffective methods for treating the common cold in children Dry and wet coughs in infants and newbornsBronchitis in children and infants - symptoms and treatmentPneumonia in children - symptoms Pneumonia in infants and newbornsMedication for bronchitisWhat are the most common symptoms of bronchitis
This information is provided for your reference only and it is not to be relied upon on its own as instructions for use of this medication. It is not a replacement for and should only be used in conjunction with full consultation with a licensed healthcare professional, the information provided by your pharmacist and the manufacturer of the medication. It may not contain all the available information you require and cannot substitute professional medical care, nor does it take into account all individual circumstances. Other than liability for death or personal injury arising out of our negligence, we shall not be held responsible or liable for any claims or damages arising from the use or misuse of the information contained herein, its contents or omissions, or otherwise.

Evaluation of products for hair, skin and nails