Sore throats in children and infants

﻿ Unfortunately throat pain (sore throat) in children and infants is an unpleasant and common situation as the child's immune system is still developing.. It is easy to recognise throat pain even in a very small child – the child cries when eating, makes a grimace when swallowing saliva. »

Laryngitis and pain of the larynx - causes and treatment

﻿ Laryngitis is a viral condition of the respiratory tract, affecting both children and adults. In the initial stage, it usually manifests itself with hoarseness, increased body temperature, a dry, “barking” cough, weakness and moodiness.

The most common causes of laryngitis and pain of the larynx include:
complications from a common cold which has not been fully treated,
viral attack,
voice exertion,
consuming cold food and beverages,
staying in rooms with dry air,
allergens,
air pollution,
excessive consumption of alcohol,
smoking (also so-called passive smoking),
pregnancy,
genetic conditions.

﻿ A sore throat and accompanying hoarseness are usually caused by a viral infection which requires symptoms to be treated.

If you have a sore throat, try effective treatment methods, e.g.

﻿ A sore throat is one of the first symptoms of an infection of the upper respiratory tract. If it is not very severe and additional symptoms are not very strong (enlarged tonsils, enlarged lymph nodes, a cough, common cold, high temperature) – it is probably a viral throat infection that requires the treatment of the symptoms.
When your throat hurts, try natural remedies which in the initial stages of the infection can prove to be really effective. » 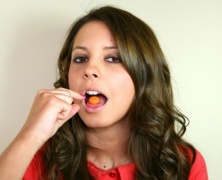 Acute sore throat and inflammation of the throat - effective prevention

﻿ A sore throat is a very frequent symptom of an infection of the upper respiratory tract. The throat is a so-called gateway of infection – a very easy entry point for viruses and pathogenic bacteria to penetrate the body. This does not mean, however, that you will pick up a throat infection every year. »

﻿ A sore throat is a frequent sign of an infection of the upper respiratory tract that attacks the body in the autumn–winter period. This throat pain is usually the first symptom of the common cold and a signal that there is an inflammatory process taking place in the body. In order to protect yourself against the development of an infection, as soon as you get a sore throat use proven home remedies that will help you fight the infection in its initial stage. »

Pregnancy and a sore throat - how to cope

﻿ When you are pregnant the health of your baby is paramount. However, when you catch an autumn infection and have a sore throat - you should also think about yourself. The sooner you start fighting a sore throat, the more chance you have of not requiring medication. » 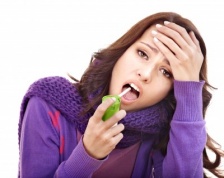 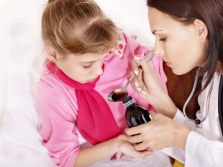 What medications can help treat tonsillitis

﻿ Tonsillitis is an acute inflammation of the tonsils, most commonly caused by bacteria from the streptococcus group, significantly less frequently by viruses. When you are infected with tonsillitis, the physician will most likely prescribe an antibiotic to fight the cause of the disease.
However, in order to temporarily alleviate the unpleasant feeling, you may use medication which will help treat the tonsillitis:
painkillers and anti fever medications – for example paracetamol or ibuprofen will alleviate a severe sore throat and reduce fever. »

﻿ Tonsillitis, i.e. an inflammation of the tonsils, is an acute throat infection caused mainly by pathogenic bacteria – streptococcus and significantly less frequently by viruses (rhinoviruses, adenoviruses). »
Next 21 Previous Page 1 of 2
This information is provided for your reference only and it is not to be relied upon on its own as instructions for use of this medication. It is not a replacement for and should only be used in conjunction with full consultation with a licensed healthcare professional, the information provided by your pharmacist and the manufacturer of the medication. It may not contain all the available information you require and cannot substitute professional medical care, nor does it take into account all individual circumstances. Other than liability for death or personal injury arising out of our negligence, we shall not be held responsible or liable for any claims or damages arising from the use or misuse of the information contained herein, its contents or omissions, or otherwise.

Evaluation of products for hair, skin and nails