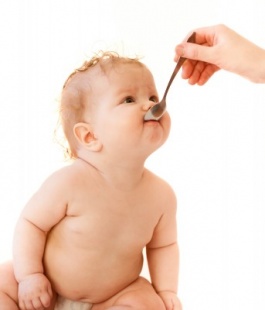 What is an effective treatment for influenza

﻿ When you suspect you have influenza, it is extremely important to start treatment quickly. Many people wonder why the usual anti-viral medications, which target the causes of disorders, are not commonly used in treating influenza. Instead, multi-component medications for the common cold and influenza are used.

An effective treatment for influenza may be conducted in two ways
There is a group of antiviral medications – the so-called neuraminidase inhibitors, available on the market. Neuraminidase is an enzyme produced by influenza A and B group viruses, facilitating the spreading of viruses from the infected cells to the epithelium cells of the respiratory tract. Medications – the so-called neuraminidase inhibitors, block the release and penetration of the virus, inhibiting the development of the infection. It is important to remember that these medications work only on reproducing viruses and not on viruses which have already settled in the respiratory tract. Therefore, the efficiency of antiviral treatment depends on how quickly it is administered after the first symptoms of influenza appear. Antiviral medications will act only if the influenza viruses did not have the time to reproduce.

In most cases, it is enough to use combined products, containing:
a painkiller and an anti-fever ingredient (paracetamol, acetylsalicylic acid),
an ingredient to reduce nasal congestion of the mucous membrane, inhibiting the formation of exudation (pseudoephedrine, phenylephrine) – for watery rhinitis,
a cough medicine (dextromethorphan, butamirate),
caffeine – increasing the painkilling effect,
vitamin C, which supplements the deficits of this vitamin in the body and shortens the total duration of infection.
an anti-allergic ingredient (pheniramine), whose side effects are in this case desired. Such medications cause a feeling of drowsiness, which helps the patient sleep well throughout the night.

Remember that there is no ideal medication but there are numerous restrictions as to which one is not advisable for you. If you suffer from hypertension – don’t use medications with pseudoephedrine. An open peptic ulcer is a clear limitation to using medications with acetylsalicylic acid. Furthermore, a wet cough combined with expectorating secretion requires the use of expectorant medications and medications to dilute the secretion (with ambroxol, bromhexine), In such cases, the patient needs to stop taking anti-cough medications (with dextromethorphan or butamirate).

If symptoms of influenza do not cease within several days, visit a physician.

The common cold in infantsEffective treatment for bronchitisEffective methods for treating the common cold in children Dry and wet coughs in infants and newbornsBronchitis in children and infants - symptoms and treatmentPneumonia in children - symptoms Pneumonia in infants and newbornsMedication for bronchitisWhat are the most common symptoms of bronchitis
This information is provided for your reference only and it is not to be relied upon on its own as instructions for use of this medication. It is not a replacement for and should only be used in conjunction with full consultation with a licensed healthcare professional, the information provided by your pharmacist and the manufacturer of the medication. It may not contain all the available information you require and cannot substitute professional medical care, nor does it take into account all individual circumstances. Other than liability for death or personal injury arising out of our negligence, we shall not be held responsible or liable for any claims or damages arising from the use or misuse of the information contained herein, its contents or omissions, or otherwise.